Mr Sekibo is a thorough-bred alumnus of the renowned Harvard Business School OPM class (2006-2009) and Fellow of the Institute of Chartered Accountants of Nigeria (2002) with over two decades professional work experience spanning across the financial...

Mr. Adewunmi Adedeji Ogunsanya (SAN) graduated with a law degree from the University of Kent in Canterbury UK in 1984 and thereafter proceeded to the Nigerian Law School where he qualified as a Barrister and Solicitor in 1985 …

Timi Alaibe is an accomplished technocrat and businessman. His experience has included serving Nigeria in some of its most eminent government institutions. A graduate of Accounting from the University of Science and Technology...

Mrs. Disu has had a successful career with various banks which spanned 25 years, during which she worked in various departments such as Corporate Banking, Foreign Exchange Treasury, International Operations, Branch Banking... 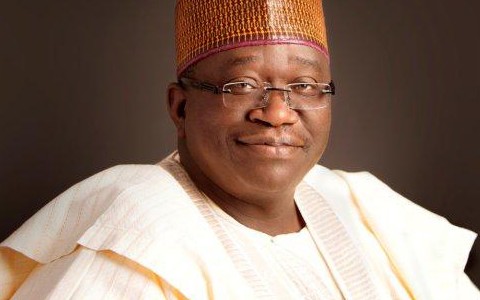 Jani Ibrahim has extensive experience in the Aviation, Oil and Gas industry. He was a former Managing Director of Nigerian Airways Limited and Stallion Property and Development Company Limited (NNPC/Unipetrol Joint Venture Company). He obtained a First Class B.Sc. degree in Mechanical Engineering from Greenwich University and is an alumnus of the prestigious Harvard Business School. He is a fellow of the Nigeria Society of Engineers, Associate Member of the Institution of Mechanical Engineers, United Kingdom and Member, Energy Institute of United Kingdom. He is a fellow of the Highest Engineering Institution in Nigeria, The Nigerian Academy of Engineering. Jani Ibrahim is an alumnus of the Prestigious NIPSS Kuru and a member of the National Institute (mni).

Jani Ibrahim is a member of various professional associations including; A Past Chairman, Conference of Northern States Chamber of Commerce, Industry, Mines and Agriculture; National Vice President, Nigeria Association of Chamber of Commerce, Industry, Mines and Agriculture and Past President of the Alumni Association of the National Institute (AANI) for Policy and Strategic Studies, Kuru. He is an awardee of the National Honour Officer of the Order of the Niger (OON). 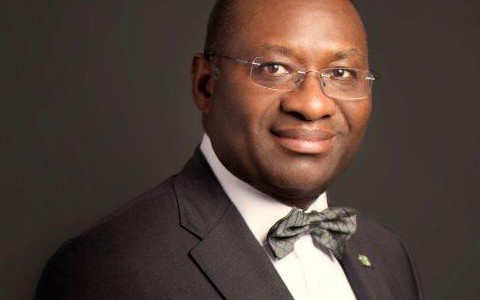 Mr Sekibo is a thorough-bred alumnus of the renowned Harvard Business School OPM class (2006-2009) and Fellow of the Institute of Chartered Accountants of Nigeria (2002) with over two decades professional work experience spanning across the financial services and energy sectors.

He is a tenacious Entrepreneur, passionate game changer and result oriented professional with a proven track record in turn-around management. These attributes consistently drive his vision to lead tenacious teams which mobilize strategic investments and capital injection to resuscitate and restructure moribund Companies to the path of sustained profitability. In 2003, he led a team which acquired Global Assurance Company Limited, previously under the technical management of the National Insurance Commission. As Executive Vice Chairman, he steered the new institution, International Energy Insurance (IEI), which emerged as a frontline Insurance Company in Nigeria, undertaking a successful capital raise and listing on the Floor of the Nigerian Stock Exchange.

Again in 2009, he led another team of professionals which nurtured the re-birth of the erstwhile Societe Generale Bank which was transformed to an Innovative Commercial Bank with Regional Authorization called Heritage Banking Company Ltd where he served as the pioneer Managing Director/CEO. His passion and relentless drive for turn-around management is further evidenced by the recent successful acquisition of Enterprise Bank Ltd, to create a bigger, better and stronger Heritage Bank Ltd following rigorous and novel regulatory approval processes leading to the dissolution of the erstwhile Institutions comprising HBCL & EBL to birth the New Bank.

Mr Sekibo is a valued member and Fellow of a number of Professional Institutes including the Institute of Directors; Institute of Petroleum, London; Nigerian Institute of Management; Chartered Institute of Bankers of Nigeria. 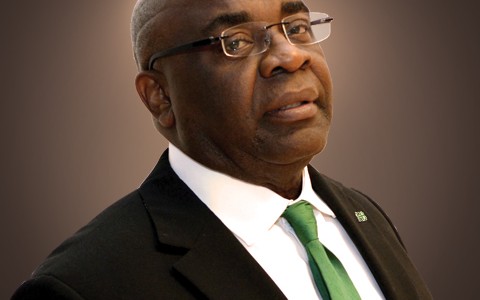 Mr. Adewunmi Adedeji Ogunsanya graduated with a law degree from the University of Kent in Canterbury UK in 1984 and thereafter proceeded to the Nigerian Law School where he qualified as a Barrister and Solicitor in 1985. He obtained his LLM from the prestigious University of Lagos in 1987. Mr. Ogunsanya has been in active private practice from 1985 till date; a passion which he derived from his late father, Chief Adebayo Ogunsanya (SAN), one time President of Nigerian Bar Association. He is one of the Principal Partners of the law firm of Messrs Ogunsanya & Ogunsanya, a reputable law firm in Lagos, Nigeria.

He is the Chairman of Multichoice Nigeria Limited, a Multi-Billion Dollar Entertainment Conglomerate, owners and operators of brands such as DSTV, Supersports and GoTv. He is also the Chairman of Trocadero Group of Companies.

He has been actively involved in the reformation and restoration of his alma mater Igbobi College, Lagos, Nigeria. 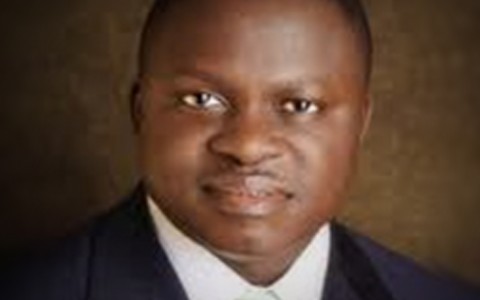 Timi Alaibe is an accomplished technocrat and businessman. His experience has included serving Nigeria in some of its most eminent government institutions.

A graduate of Accounting from the University of Science and Technology, Port Harcourt, he also holds a Masters Degree in Business Administration (MBA) from the prestigious Obafemi Awolowo University (OAU), Ile Ife, Nigeria.

A seasoned banker with a robust private sector experience of over 20 years serving at various levels with KPMG, African Continental Bank, All States Trust Bank, Cosmopolitan Bancshares, Societe Generale Bank (now Heritage Bank PLC), Zomay Marine and Logistics Group and Zomay Offshore services where he currently sits as Chairman. He is a member of several professional organizations including the Institute of Certified Public Accountants, Institute of Chartered Administrators, Institute of Corporate Executives, and a fellow of the Nigerian Institute of Management (FNIM), amongst others.

In 2001, Mr. Alaibe was appointed Executive Director (Finance and Administration) at the newly created Niger Delta Development Commission and he was undoubtedly instrumental to the establishment of a healthy financial regime for the commission. Along with his colleagues, he set in motion a coordinated response mechanism to the short, medium and long-term developmental challenges of the Niger Delta. These included the development of an Integrated Regional Development Master Plan, Interim Action Plan for key projects in the States, as well as programmes for skill acquisition and a re-orientation and empowerment of youths. In April 2007, he was appointed Managing Director/CEO of the commission; a position he successfully held until April 2009 when his tenure expired.

Shortly after he was appointed Honorary Special Adviser and subsequently Substantive Special Adviser to the President on Niger Delta Affairs and the Chief Executive Officer of the Presidential Amnesty Programme in October 2009. He became the Chief Negotiator for the Federal Government in the disarmament of the militants who had held the Niger Delta region of Nigeria hostage for years. He successfully negotiated disarmament terms and conditions with the Niger Delta Militants and got them to surrender weapons in their possession in an exercise that is arguably the most successful disarmament exercise in the history of Disarmament, Demobilization, and Reintegration (DDR) in Africa.

He was a member of the Niger Delta Technical Committee appointed by the President Yar’Adua administration in September 2008 to collate, review and distil the various reports, suggestions and recommendations on the Niger Delta from the Willinks Commission Report (1958) to the present, and propose a summary of recommendations that will enable the Federal Government to achieve sustainable development, peace, human and environmental security in the Niger Delta Region. 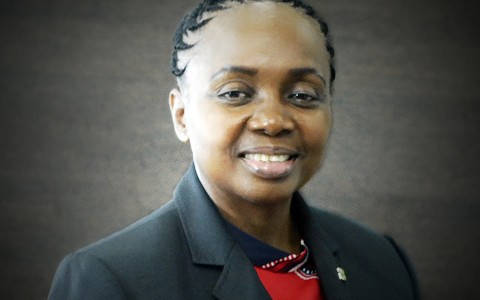 Mrs Disu has attended several courses in Nigeria and abroad.

She is a member of various professional associations.

She is currently the Chief Executive Officer of Nissi Investment Limited. 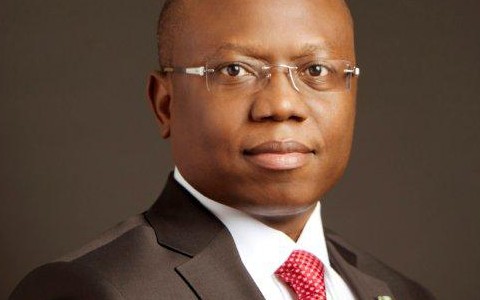 He has attended courses both locally and overseas. He is married with children.

We use cookies to ensure that we give you the best experience on our website. If you continue to use this site we will assume that you are happy with it.AcceptRejectCookies Policy